Meganisi is located opposite to Skorpios, the private island of the Dmitry Rybolovlev family and at a short distance from the southeastern shores of Lefkada island (Ionian Sea ).

It extends over an area of 24 km2 and has a coast expansion of 46 km. That makes it the largest of a cluster of islands such as Skorpios, Skorpidi, Thilia, Kuthros, Madouri, Sparti etc. , distinguished by their unparreled natural beauty, the virgin beaches and the mysterious caves.

The island is a unique destination for all those who seek tranquility in the Greek nature or get in touché with the local people, who love and keep their traditions alive. You shouldn’t be surprised of the older women walking down the narrow paved streets, dressed with traditional apparels or of thee younger ones, making fantastic handcrafted embroideries, using the traditional Lefkada hand stitching technique.

The island has three traditional villages, the Katomeri , the Spartochori and the Vathy and three beautiful natural harbos respectively, the Atherinow, the Spilia and the Vathy. In Vathy you can see all types of boats anchoring, whether these are motorboats or private yachts. Spilia and Vathy are also the two harbors where the line ferryboats run ashore. Each village preserves its traditional architecture with the characteristic labyrinths of paved pathways among the whitewashed stone houses. Everything around here conspires in order to create a cozy atmosphere and very soon you will feel like home!

The main beaches of Meganisi are: Fanari, Agios Ioannis, Roka, Ambelakia, Limonari, Elia, Pasoumaki and several other smaller ones. Since ancient times the island has been famous for its caves. According to the legend, you will find here the mysterious cave of the cyclop who was blinded from ingenious Ulysses. It is also said , that during World War II the Greek submarine “Papanikolis” was successfully hidden in a big cave on the western shores of the island, which you can visit nowadays with a cruise boat, a yacht or a small motor boat. Everywhere around the island you can find unique little bays and coves in order to enjoy carefree family moments in an absolutely calm environment.

Meganisi has always been known as the island of sailors. The first name of the island was Tafos. It was named after the son of Ippothoes – daughter of lefkadios Lelegas –and of God Poseidon. Homer reports that the first king that ruled on the island was Aghialos, a prudent man and close friend of Ulysses. Then his son Mendis took over the throne. Homer puts also great emphasis to the fact that the inhabitants of the island were excellent merchants. Today Meganissi is proud of its experienced sailors, who live up to their forefathers’ reputation.

The people of Meganissi have great respect and love for the sea. The local fishermen make mostly good catches when they return from fishing, which means that you can easily find good and fresh fish everywhere on the island. If you belong to the category of anglers, you can take your chances and try your luck by yourselves! Meganissi is a real paradise for those who love to travel. You can find beautiful lodges, family hotels, big tourist facilities and beautiful villas. All units boast high standards and offer high quality amenities, like Jacuzzi and private swimming pools. The number of those facilities increases each year. In Meganissi you can enjoy the Greek nature, the fresh sea breeze, the welcoming waters of the Ionian Sea, the traditional Greek cuisine and last the unique Greek hospitality!

How to Get to Meganisi

By airplane until Preveza (airport Aktio) and then about 20 minutes by car until Lefkada island. It’s also possible to book a transfer or to rent a car from Athens or Thessaloniki airports. Please contact us for more details.
By airplane to Corfu/Kerkyra and further on by car to Lefkada (Corfu-Igoumenitsa by ferry).

From Nidri village of Lefkada take the ferryboat across to Meganissi (4 nautical miles, 25 min journey). During summer months the ferryboats run from 7 am until 7 pm.

By car until Nidri of Lefkada.
From Kefalonia and Ithaka by ferry boat until Lefkada (Vassiliki or Nidri)
Private helicopter direct to Meganisi from any Greek airport. 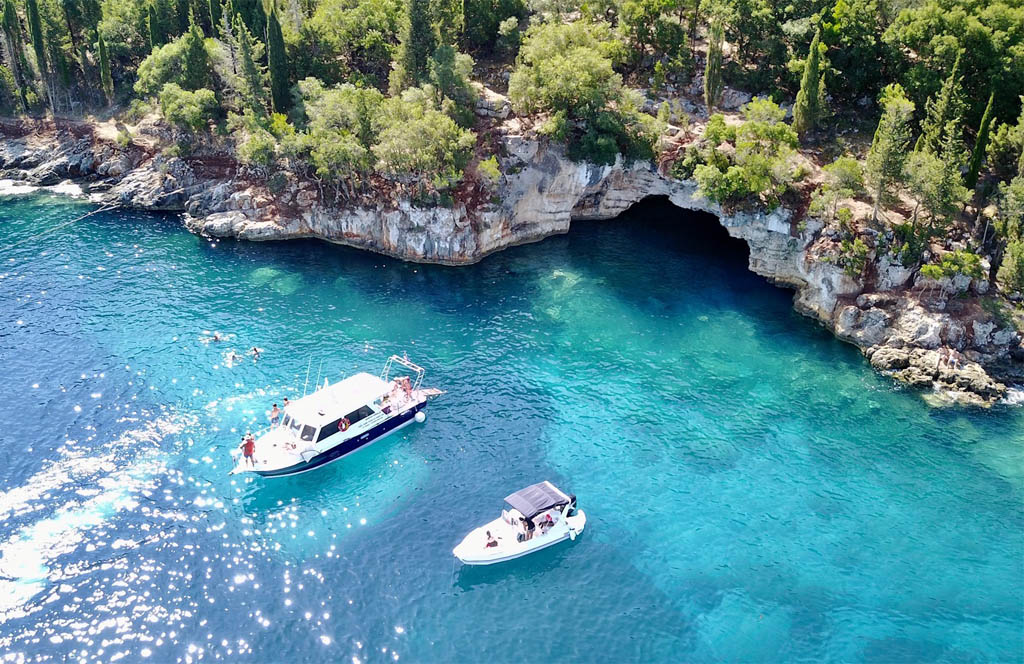 Meganisi is a beautiful, picturesque and greenfull small island. Discover the best things to do here! 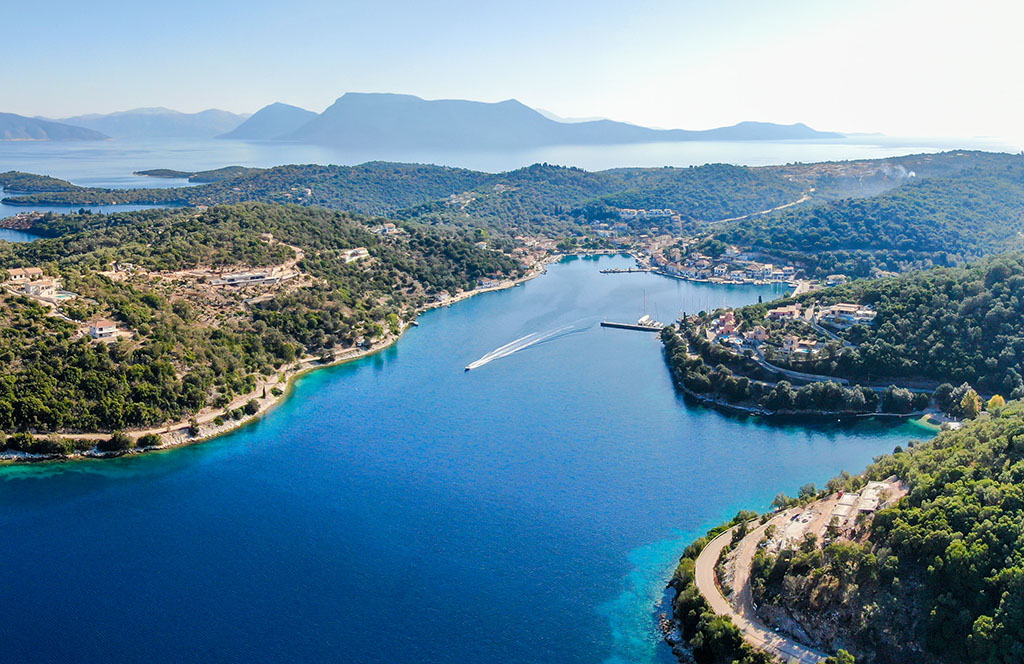 Check out our Gallery with all the wonderful landscapes and attractions in Meganisi.